A hashtag isn’t a free pass for bad grammar.

We see hashtags everywhere these days – I even caught myself using one on a network that doesn’t support them yesterday (come on, WeWork, get with it). They’re useful, effective and funny. But they also make people careless. Here are my top 5 tips for how to use hashtags the right way, avoiding #LazyGrammar.

Designer Chris Messina is credited with the first use of a hashtag on Twitter – in 2007 he asked his followers: “how do you feel about using # (pound) for groups. As in #barcamp [msg]?”

(As an aside, what a shame that Messina didn’t put a couple more seconds into writing this Tweet. It’s been retweeted 815 times, and by now has reached potentially millions of people.)

What is a hashtag?

A hashtag is a word or phrase preceded by a hash (or pound) sign, which is used in a social media message to identify a topic. By using # you can make a word or phrase (with no spaces or symbols) searchable on that network, identifying your message with a certain topic and enabling people to find other messages on that topic.

Thanks to its widespread use, the word hashtag was added to the Oxford English Dictionary in June 2014, and to The Official Scrabble Players Dictionary a couple of months later. (Incidentally, the word hashtag can only refer to the sign in the context of its use in a hashtag; the # is technically called an octothorpe.)

There’s a huge amount of advice out there about what to hashtag, how to sell something by encouraging hashtag use, and the etiquette of hashtagging. All great advice, of course, but one thing that’s missing from all this is hashtag grammar.

The last rule on this infographic from Social Times is “Use proper spelling”. Always good advice, especially when using searchable hashtags. But I think the language aspect of hashtagging goes deeper than this; hashtags seem to be distracting people from what they’re writing, leading to some real howlers.

Here are my top tips for good hashtag grammar

1. #Followtherules. You can’t use spaces or symbols, but other than that it’s wide open. When you type the #, anything you type that’s attached to it will become a searchable link, until you type a symbol or space. So read carefully before you post, to make sure you’ve hashtagged what you intended to.

2. #Dontpunctuate. If you want a phrase to be linked, take out the punctuation. Sure, this is painful at first, but hashtags have their own special rules. 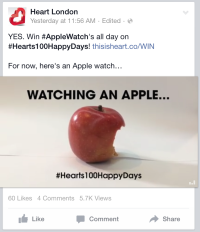 3. #Pluralshavenoapostrophe! Hashtags can be used within a sentence as a #wordorphrase. But, like with any normal word or phrase, you have to use them in the right context. If you want to make a hashtag plural, the linked hashtag itself will become plural. One common workaround is to use an apostrophe… DON’T DO IT! Reshuffle the sentence instead.

5. #Proofbeforeyoupost. Posting online is digital publishing, so it’s a good idea to make sure you’re happy with what you’ve written before you show it to the world. Proofread before you post – check your spelling (a misspelt hashtag is useless) and if you’ve used a phrase, check that it makes sense in the context – imagine it’s there without the #.

This entry was posted on Saturday, April 11th, 2015 at 9:49 am and tagged with grammar, hashtag, social media and posted in Advice, Tips. You can follow any responses to this entry through the RSS 2.0 feed.
« Word invention challenge: Week four
How a year of living the dream has changed my life »